Fashion become hip in blogger world, don’t you think so? I notice, there are a loooooooooooot fashion blogger in the world. I have no clues who starts it first, but some of them are amazing. See Evita Nuh, our talented young girl, or Diana Rikasari, well-known fashion blogger who loves playing with colors. And now, like mildew, they appear one by one.
I can say, I have no passion in fashion. Don’t get me wrong, I like dress, and I love shoes very much! But, actually, I have no time for mixing and matching, creating new wardrobe from old things, and maybe recycling and designing something. I don’t have any talent. Even, actually, I write this post for asking help from all of you.
The thing is, I am not a bag-girl. Well, for me, bag is only bag, not an accessory, or something essential. I always use same bag for… I don’t know, a year or two, maybe, and now I feel requiring new one. Nah, it’s because I don’t have good taste (according to me), I’d like you to choose one of these two bags, which one do you like, please share with me in comments. I hope you could use your little time to contribute. :) 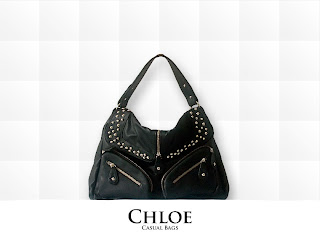 This one named Chloe from Ciciero. It's cool anyway, right? 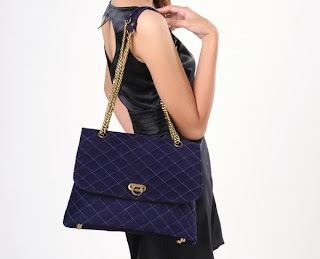 And this purple one from Picnic Shop.

Naaah, you see my problem? I can't pick one! And, don't tell me i should buy both of them, except you maybe like to give me for free.. :p
Kidding. 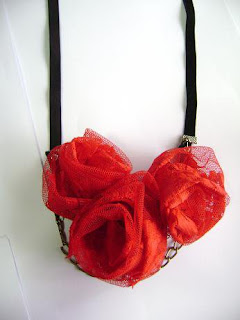 cute necklace, right??
so, please help me, i wait for your help until the end of February!

Hello readers! It nice for being here, and tell you that i am gonna arrange my first giveaway to you!

It opens internationally, all of you are invited, and i'll be glad if you can participate.

please, come in. i am waiting for you! XD
thought by dela 9 comments:

Language? It's Your Choice! 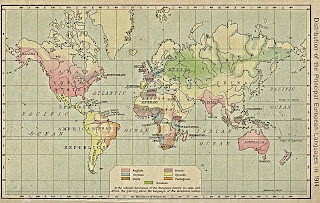 Language always is query for me. Particularly it is system for decoding and encoding information. What turn out to be attractive is how it be significant inheritance in our world. I used to ask around where it comes from, why is it different for an area to another. According to the National Virtual Translation Center, there are about 6,900 languages in the world, not included any dialects, or ancient ones. Amazing, right?

Well, in this era, when people can reach other side of world with one finger push, uniformity of language is really required. How can we communicate with other people, when we don’t understand their language? Fortunately, be honest I don’t know where it begins, English becomes international language. So now, there won’t be any misunderstanding, if we all use English.

Concerned with blogging issue, in my country, Indonesia, a lot of people have used English in their writings. From kids, like Evita Nuh, teenagers like Putri Erdisa, young adult like Casseybunn, even fully grown-up, like Sitta Karina. It’s everyone’s choice. Disappointingly, some people judge they don’t love their own country. They are criticized, if they don’t apply their own language, it means they don’t appreciate Indonesian as unitary language. For a while, I even have seen there are peoples leave bitter comments in their writing, curse them, and say something cynical, like why don’t you use your own language? Don’t dare to use English if you aren’t competent in it, or fix your Indonesian before using English. Like they do to him. It’s rude! I don’t think people who shout it out, even don’t have braveness to speak with other language, beside Indonesian. And, if we do mistakes, or imperfection in using English, it’s only part of our study progress, right? We’re Indonesian; we aren’t used to apply English, so it doesn’t matter if we do some mistakes, right?

I learn, you learn, we learn. We’re human, never be apart from learning process. If I have some grammar mistakes, please tell me, but not in harass words, because when you say it roughly, it signifies that you don’t recognize the value of learning.
And, once again, it’s a choice. I don’t say people who use Indonesian are worse than who use English. In blogging world, I find many great blogger, and they use Indonesia. And I love them. For real. So, it doesn’t matter what you choose, but please respect what other prefer for their life.
thought by dela 17 comments: